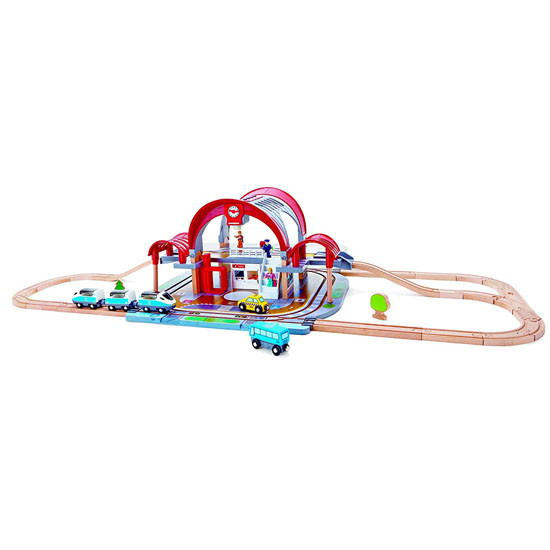 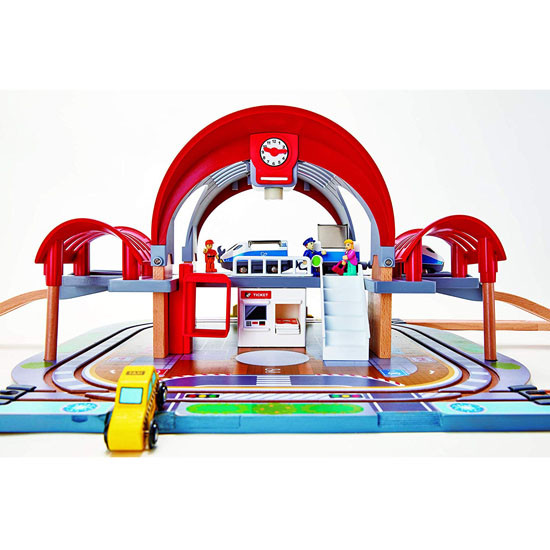 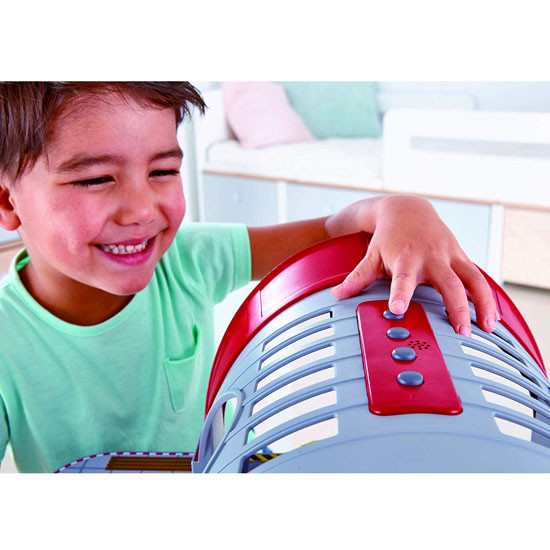 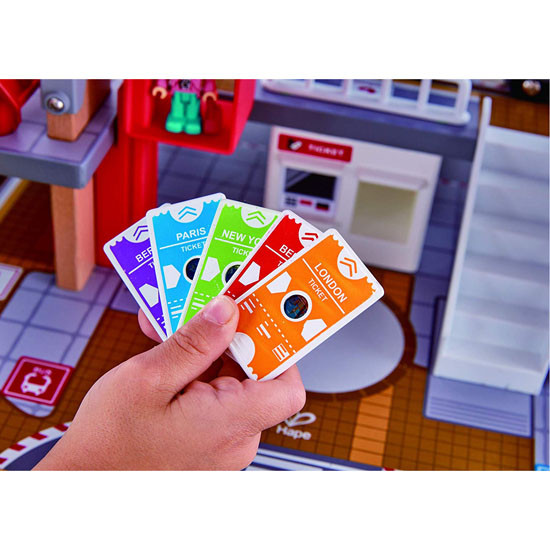 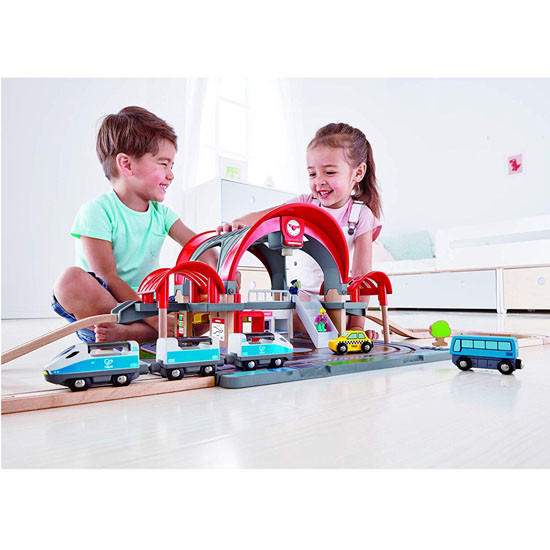 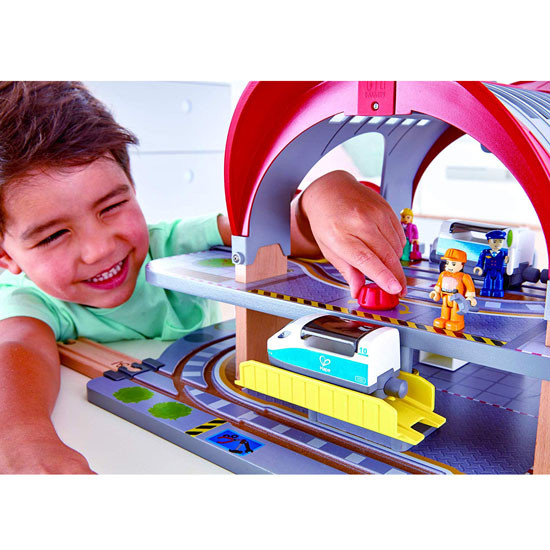 All aboard! this two-level station lets you experience all the thrills of a big city railway. Have your passenger buy a ticket, ride the lift and rush to catch the fast train. or have the mechanic load a carriage on the train lift and take it to the Workshop. Set includes recorder for making your own station announcements, a projector that displays different destinations when tickets are inserted; and a ceiling light that can be switched on and off.
for ages three and over.